Since 1998 Krassimira Stoyanova has a close relationship with the Vienna State Opera where she has sung Rachel/La Juive (new production with TV-production), Contessa/Le nozze di Figaro, Micaela/Carmen, Les contes d’Hoffmann (Antonia), Liù/Turandot, Nedda/I Pagliacci, Mimi/La Bohème, Violetta/La Traviata, Alice/Falstaff, to mention only a few.
From there her international career developed rapidly and since takes her to the world’s leading opera houses like the Metropolitan Opera, Royal Opera House Covent Garden London, Teatro alla Scala di Milano, the Bastille Paris, to the State Operas of  Munich, Hamburg, Berlin, Dresden, Zürich. She performed at  Rome’s Opera House, at the Liceu in Barcelona, at the Amsterdam Opera, at Chicago’s Lyric Opera, San Francisco Opera. In 2003 the artist gave her debut at the Salzburg Festival as Antonia/Les Contes d’Hoffmann where she is a regular guest since then.

She is one of the most sought-after singers on the concert stage. Highlights of her concert work are: with Beethoven’s 9th Symphony at the Ravenna Festival under the baton of Riccardo Muti, with Sir Colin Davis at the St Pauls Cathedral in London, with Mariss Jansons at the Vatican in Rome, with Christian Thielemann and the Munich Philharmonic Orchestra. Her concert repertory includes the Requiem by Verdi, Beethoven’s Missa Solemnis, Strauss’ Four last songs, Dvorak’s Requiem and Stabat Mater, to mention only a few.

In 2009 Krassimira Stoyanova has been awarded with the title “Kammersängerin der Wiener Staatsoper”.

During the season 2016/17 the artist partecipates at Zürich’s Opera House in a scenic production of the Requiem by Verdi, followed by a new production of Don Carlo at the Teatro alla Scala Milan, she returns to the Metropolitan Opera with Aida and Vienna’s State Opera with Don Carlo. On the concert stage: Requiem by Verdi at La Scala (Riccardo Chailly conducting) and at the Konzerthaus Vienna (Philipp Jordan conducting). She will sing solo recitals at La Scala and at the Salzburg Festival where she also appears in concerts of Lucrezia Borgia.

The current season 2017/18 starts with Rusalka at Vienna’s State Opera, followed by concerts of Verdi’s Requiem with M° Muti and the Bavarian Radio Symphony Orchestra. She then sings the part at the Metropolitan Opera under the baton of James Levine. Back at Vienna’s State Opera with a solo recital and Rosenkavalier. She returns at La Scala with Simon Boccanegra and Aida and to Munich’s State Opera with Ariadne auf Naxos. Later in the season she will sing Rossini’s Stabat Mater with Riccardo Muti and the Chicago Symphony Orchestra and will be back at Salzburg Festival, again with M° Muti conducting. 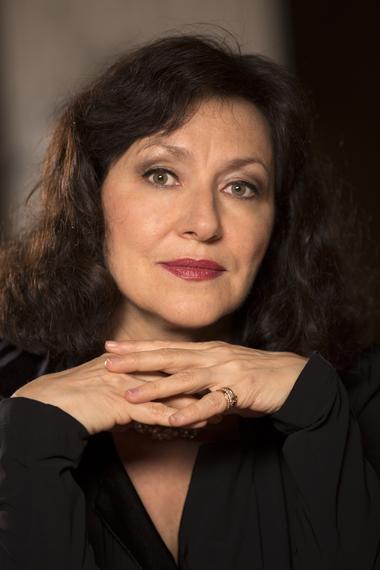