Konrad Kuhn was born 1959 in Düsseldorf, Germany, and studied Theatre and Literature at the Freie Universität Berlin. He served as dramaturg in the field of dramatic theatre, among others, at the Burgtheater in Vienna. In 1999 he turned to musical theatre and collaborated with Achim Freyer on his production of Schumann’s Genoveva at Oper Leipzig/The Vienna Festival. In the same year he joined Staatstheater am Gärtnerplatz in Munich for four seasons where he also served as press secretary and personal consultant to the general manager. In Munich, he started his long-term collaboration with Claus Guth: among others, the world premiere of Avet Terterian’s Das Beben (2003), Messiah in a staged version at Theater an der Wien (2009) and Tannhäuser at the Vienna State Opera (2010), continued by the world premiere of Helmut Oehring’s AscheMOND oder The Fairy Queen after Purcell at the Berlin State Opera (2013). At Theater an der Wien, he was Claus Guth’s dramaturg for a cycle of all three Monteverdi operas (2011-2015) and a staged version of Schubert’s oratorio Lazarus (2013), followed by Rigoletto at Opéra national de Paris (also associate director, 2016), Rodelinda at Teatro Real Madrid (2017) and again Paris for the world premiere of Michael Jarrell’s Bérénice after Racine at Palais Garnier.

From 2009-2012 he served as dramaturg at Zurich Opera House where he worked, among others, with Achim Freyer (Moses and Aron), Harry Kupfer (Die Meistersinger von Nürnberg), Damiano Michieletto, David Pountney and Moshe Leiser/Patrice Caurier (Rossini’s Otello, among others). At the Salzburg Festival, he worked again with Leiser/Caurier and Cecilia Bartoli for Giulio Cesare in Egitto (2012) and Norma (2013); in 2014 he was the dramaturg of the world premiere of Marc-André Dalbavie’s Charlotte Salomon in Salzburg, staged by Luc Bondy.

He has been working regularly with Robert Wilson since 2010 (Norma in Zurich): Verdi’s Macbeth in São Paulo and at Teatro Comunale di Bologna (2012), Adam’s Passion with music by Arvo Pärt in Tallinn (2014), La traviata in Linz and Perm, a new version of Sophocles’ Oedipus at the Ancient Roman Theatre in Pompei, the Teatro Olimpico in Vicenza (both in 2018) and the Festival of Epidauros, Greece (2019),  Verdi’s Otello with the Berliner Philharmoniker at the Osterfestspiele Baden-Baden (2019), Händels Messiah in the Mozart version at the Salzburger Mozartwoche (2020) as well as in Paris and Geneva, Bach 6 solo at the Festival d'automne in Paris (2021) and most recently Dorian after Oscar Wilde at the Düsseldorf Schauspielhaus (2022).

He has worked with conductors such as Zubin Mehta, Daniele Gatti, Nello Santi, Sebastian Weigle and Philippe Jordan. Konrad Kuhn has been lecturing at the Universities of Vienna and Frankfurt and is also active as a literary translator from English, French, Italian and East Armenian to German. 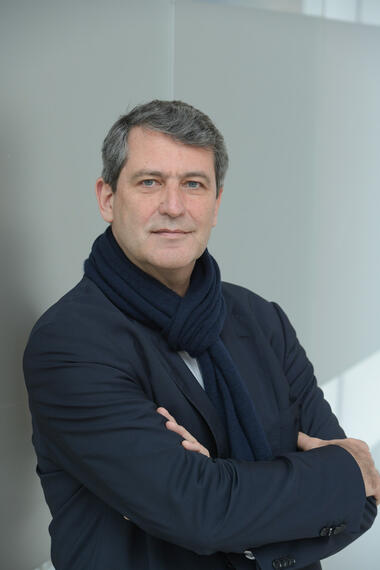