Born in Oberpfalz, she studied at the Munich University of Music and Drama with Christian Gerhaher and in Saarbrücken with Ruth Ziesak.

In the summer of 2011, Katja Stuber celebrated her highly acclaimed debut as the "Junger Hirt" in Richard Wagner's Tannhäuser at the 100th Bayreuth Festival under the musical direction of Thomas Hengelbrock. In the 2012–2014 Festival she was heard in the same role under Christian Thielemann and Axel Kober, as well as soloist in Mozart's Requiem and as Belinda in Purcell's Dido and Aeneas at the Salzburg Festival.

Opera recordings and concert recordings by Katja Stuber have appeared on labels such as SONY, Oehms-Classic, Deutsche Harmonia Mundi and Naxos. The solo CD Lachen und Weinen with songs by Schubert, Hindemith and Weill, together with pianist Boris Kuznetsov, was released in March 2016 (www.cec-music.de). This has since been followed by a recording of the reconstruction of Bach's cantata BWV 210a O angenehme Melodei, released in 2017 by deutsche harmonia mundi/sony music, and the recording Fons amoris with the Stabat mater and the Missa solemnis by Johann Zach, together with the Barocksolisten München under Dorothea Seel, released in 2019. Most recently, in May 2020, the recording of Fauré's Requiem with the Symphonieorchester Basel under Ivor Bolton was released.

Since the winter semester 2017/18, Katja Stuber has held a lectureship in voice at the Hochschule für katholische Kirchenmusik und Musikpädagogik in Regensburg. 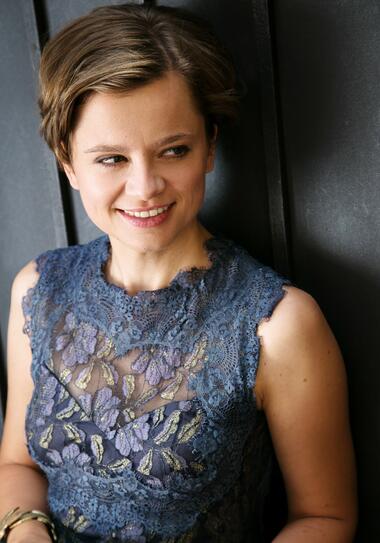