Born in Bremen, she has been working as a freelance costume designer since 1993 after assisting in Hamburg, Paris and Munich. She has worked in Austria at the Steirischer Herbst in Graz and at the Landestheater Linz, the Landestheater Salzburg and the Graz Opera, among others. In Hungary, she made guest appearances at the Hungarian State Opera in Budapest. In Switzerland, at the Theater Basel, the Stadttheater Bern, and the Luzerner Theater. In Germany, at the Deutsches Schauspielhaus Hamburg, the Staatstheater Stuttgart, the Deutsches Nationaltheater Weimar, the Aalto-Theater Essen, the Oper Halle, the Staatsoper Hannover, the Theater Freiburg, the Theater Bremen, the Theater Oberhausen, as well as the Komische Oper Berlin, the Nationaltheater Mannheim and the Semperoper Dresden.

She has worked for many years with the director Frank Hilbrich and the stage designer Volker Thiele. This has resulted in productions such as Richard Wagner's "Parsifal", Mozart's "Cosi fan tutte", Verdi's "Otello", Rossini's "Le Comte Ory", Künneke's "Der Vetter aus Dingsda", Britten's "The Turn of the Screw" at the Theater Bremen, from 2006 to 2010, Richard Wagner's "Der Ring des Nibelungen" at the Theater Freiburg, Auber's "The Bronze Horse" at the Komische Oper Berlin, Shostakovitch's "Lady Macbeth of Mzensk" at the Hanover State Opera, and Berlioz's "Le Damnation de Faust" at the Saarländisches Staatstheater Saarbrücken. This was followed by Richard Wagner's "Parsifal" and Emmerich Kálmán's "Die Czárdásfürstin" at the Theater Freiburg, Britten's "The Turn of the Screw" at the Nationaltheater Mannheim, and Ernst Krenek's "Jonny spielt auf" at the Deutsches Nationaltheater Weimar. The team made its debut at the Semperoper Dresden in 2014 with "Das schlaue Füchslein" by Leoš Janáček. This was followed by "Caligula" by Detlev Glanert, as well as Verdi's "La forza del destino" at the Hanover State Opera and "Die Bassariden" by Hans Werner Henze at the Mannheim National Theater. Hans Thomalla's "Kaspar Hauser", received its world premiere at the Theater Freiburg. This was followed by Verdi's "Rigoletto" at the Aalto-theater Essen and the world premiere of Giorgio Battistelli's "LOT" at the Staatsoper Hannover, Paul Abraham's "The Flower of Hawaii" at the Theater Basel and Puccini's "La Bohème", at the Theater Freiburg. Subsequent joint productions include "Königskinder" by Engelbert Humperdinck at the Graz Opera, "Der Rosenkavalier" by Richard Strauss at the Bremen Theater. "Don Carlos" by Giuseppe Verdi was performed as a streaming premiere at the Hungarian State Opera Budapest, the operetta "Clivia" by Nico Dostal at the Opera Graz.

In collaboration with director Roland Schwab, they produced Massenet's "Manon" and Poulenc's "Conversations of the Carmelites" for the Landestheater Linz, as well as Vivaldi's "Farnace", Peter Aderhold's "Orlando" (premiere) at the Staatstheater Braunschweig and Rossini's "Guillaume Tell" at the Saarländisches Staatstheater Saarbrücken. Most recently they worked on Verdi's "Otello" at the Aalto-Theater Essen and Wagner's "Lohengrin" for the Salzburg Landestheater at the Felsenreitschule.

The first collaboration with the Iranian director Amir Reza Koohestani took place at the Staatstheater Darmstadt with Wagner's "Tannhäuser". The collaboration was continued with the play by Arnold Wesker "The Kitchen" at the Theater Freiburg. Anna Seghers "Transit" was performed for the Kunstfest Weimar in co-production with the Thalia Theater Hamburg.

Peter Carp, artistic director and director at Theater Freiburg since 2017, trusted her work in Dennis Kelly's "Orphans," Chekhov's "Three Sisters," Albee's "Who's Afraid of Virginia Woolf?" and Elfriede Jelinek's "Winterreise," as well as in Roddy Doyle's "The Savings Commissioner," based on Nikolai Gogol's "The Revisor," during his time at Theater Oberhausen. She created the costumes for the world premieres of Thomas Hürlimann's "Das Gartenhaus" and Frank Goosen's "So viel Zeit". Elfriede Jelinek's "Die Schutzbefohlenen" followed. Two world premieres marked the joint conclusion at Theater Oberhausen: Frank Goosen's "Raketenmänner" and "GB 84" by David Peace. The play "Three Winters" by Tena Štivicic was the first, the opera "Eugen Onegin" the second joint work at the Theater Freiburg. Benjamin Britten's opera "Turn of the screw" followed, as well as the plays "Platonov" (Anton Chekhov) and the German premiere "Anne-Marie the Beauty" (Yasmina Reza). Jules Massenet's opera "Manon" is the most recent joint work. 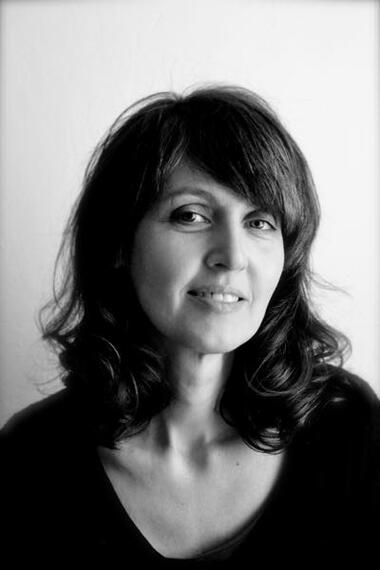