The Australian-born bass-baritone Derek Welton is already firmly established as a noted interpreter of Wagner. Successes in his role débuts as Klingsor at the Beijing Music Festival and as the Herald in Lohengrin at the Semperoper Dresden led to his critically acclaimed débuts, first as Wotan in Das Rheingold at the Deutsche Oper Berlin and in his début at the 2017 Bayreuth Festival as Klingsor.
Following great success as Orest in Elektra at the Salzburg Festival in summer 2020, Derek began the 2020/2021 season with his début at the Vienna State Opera in the same role under Franz Welser-Möst and his début with the Berlin Philharmonic as Creon and The Messenger in Œdipus Rex under Kirill Petrenko. He ended the season as Wotan in the premiere of a new production of Das Rheingold at the Deutsche Oper Berlin, directed by Stefan Herheim and conducted by Donald Runnicles, and his return to the Wiener Staatsoper as Orest. In the 2021/2022 season, Derek returns to the Deutsche Oper Berlin as Wotan in Das Rheingold and makes his début at the Royal Opera House, Covent Garden as the Herald in Lohengrin.

Derek Welton was a soloist at the Deutsche Oper Berlin from 2015 to 2020, where he amassed a wide repertory of roles including Klingsor, Der Pförtner (Korngold’s Das Wunder der Heliane), Altair (Die ägyptische Helena), Peter Besenbinder (Hänsel und Gretel), Forester (The Cunning Little Vixen) and Prus (The Makropulos Case). Guest engagements have included Klingsor at the Bavarian State Opera, Orest at the Palau de les Arts Reina Sofia, Herzog von Albany in Lear at the Salzburg Festival, the Opéra national de Paris and the Maggio Musicale Fiorentino, Pandolfe in Cendrillon at the Lyric Opera of Chicago, the title role of Bluebeard’s Castle at the George Enescu Festival and with the Szczecin Symphony Orchestra, Don Pizarro in Fidelio with the Hallé Orchestra, Voland in York Höller’s Der Meister und Margarita under at the Hamburg State Opera, Pangloss in Candide at the Teatro dell’Opera di Roma and Mozart’s Figaro at Glyndebourne.

An accomplished and diverse concert artist, Welton has performed across Europe, North America, Asia and Australasia in many choral and orchestral works as well as a diverse range of song repertoire. Recent highlights have included Martinů’s The Epic of Gilgamesh with the Czech Philharmonic Orchestra, A Child of our Time with the Leipzig Gewandhaus Orchestra, the St Matthew Passion with the Rotterdam Philharmonic Orchestra and Bruckner’s Mass in F minor at the BBC Proms.

Welton holds degrees in Linguistics and German from the University of Melbourne and Music from the Guildhall School of Music and Drama. 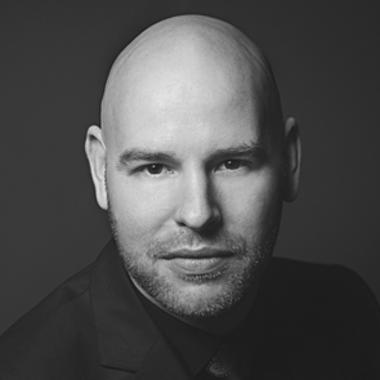