Born in Ikast (Denmark), Bo Skovhus studied at the Conservatory in Aarhus, at the Royal Opera Academy in Copenhagen, and in New York. His career began 1988 at the Volksoper in Vienna with a brilliant Don Giovanni. In 1997 he was already awarded the title of Austrian Kammersänger. When portraying Krenek’s Karl V. in February 2019 at the Bavarian State Opera Munich, he brought the house down and the press spoke of the "role of his life". Other milestones of the recent past include overwhelming successes as Titus in the world premiere of Michael Jarrell’s Berenice 2018 at the Paris Opera Opéra (production: Claus Guth; conducted by Philippe Jordan), as Wozzeck 2017 in Stefan Herheim’s new production at the Deutsche Oper am Rhein, as Reimann’s Lear 2016 at the Paris Opera in a new production of Calixto Bieito, as well as at the at the Maggio Musicale Fiorentino 2019, both conducted by Fabio Luisi, as Beckmesser in Meistersinger in March 2016 at the Bastille (Stefan Herheim / Philippe Jordan) and at the Budapest Wagner Festival, Cortez in Rihm’s Die Eroberung Von Mexico at the Salzburg Festival 2015 as well as Lear as revival at the Paris Opera, Kusmitsch Kowaljow in a new production of Die Nase at the Hamburg State Opera (2019) and Herzog von Alba in Egmont by Christian Jost, a creation at the Theater an der Wien.

Among the future engagements: Lear at the Teatro Real in Madrid, Dr. Schön in concert performances of Lulu with the Cleveland Orchestra, Beckmesser in Meistersinger at the Wagner Festival 2020 in Budapest, Eisenstein in new production of Fledermaus at the Hamburg State Opera Langgaard’s Antikrist with the BBC Scottish Symphony Orchestra in Glasgow, ”Frank” & ”Fritz” in Tote Stadt at the Theater an der Wien, the title part in a new production of Cardillac in Cologne as well as many other projects that are not yet ready for award. Further back, major moments include the baritone solo in the world creation of Sunleif Rasmussen’s 2nd Symphony in Helsinki, Dr. Schön / Lulu at the Bavarian State Opera Munich, Mandryka / Arabella at the Dresden State Opera and at the Vienna State Opera, a new production of NOZZE DI FIGARO / Conte Almaviva and Tamare in a revival of Schreker’s Die Gezeichneten in Cologne, concerts with Frank Martin`s Jedermann-Monologen at the Konzerthaus Wien, orchestrated Schubert songs with the Dortmund Philharmonic, René in a new production of Der Graf Von Luxemburg in Düsseldorf, Danilo in a concert version of Die Lustige Witwe at the Liceu in Barcelona, Dr. Schön in a new production of Lulu at the Vienna State Opera, Eisenstein / Fledermaus as well as Šiškov in a new production of Das Totenhaus, both at the Bavarian State Opera Munich, Jean-Charles in Das Floß Der Medusa in Amsterdam, Lieder recitals at Schloss Elmau and at the Schleswig-Holstein Musik Festival. Besides his performances in the major opera houses in Europe, America and Japan, Bo Skovhus devotes himself intensively to lied singing; he is regularly invited to the world's most renowned music centres. As a concert singer Bo Skovhus has appeared with outstanding orchestras throughout Europe, USA and Japan. His extensive repertoire focuses on works of Gustav Mahler and of Scandinavian composers, as well pieces like Frank Martin's Jedermann-Monologe and Zemlinsky’s Lyrische Sinfonie. Bo Skovhus has recorded many of the central roles of his opera and concert repertoire on CD/DVD and also a series of recital albums. 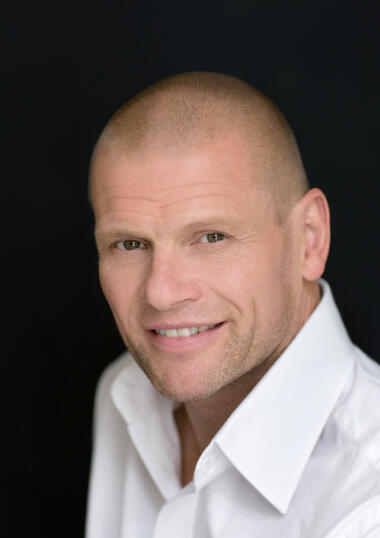