Since the season 2010/11 lyric tenor Benjamin Bruns is a member of the ensemble at the Vienna State Opera, where his main tasks are the leading roles of his repertoire, such as Nemorino, Almaviva and Tamino. Guest performances with Händel’s Alcina in the role of Oronte took him to Grenoble, Paris, Krakow and London. In 2012 Benjamin Bruns will make his debut at the Bayreuth Festival as Steuermann in Der fliegende Holländer.

The engagement at the Vienna State Opera was preceded by an ensemble contract at the Sächsische Staatsoper Dresden, where he has been singing Don Ramiro, Fenton, Ferrando, Tamino and Belmonte. The two afore-mentioned roles also took him to the Staatstheater am Gärtnerplatz Munich, as well as to the Berlin State Opera. Don Ramiro he has also sung as a guest at Deutsche Oper Berlin.

An important counterbalance to his operatic work have been numerous appearances in oratorios. Here his focus has been on the great sacred works of Bach, Händel, Mozart, Schubert, Mendelssohn and Rossini, amongst which his interpretation of Bach’s passions deserves special mentioning.

Prestigious ensembles such as the Deutsche Kammerphilharmonie, WDR Symphony Orchestra, Cappella Istropolitana, Dresden Baroque Orchestra, Bremen Philharmonic or the London Symphony Chorus belong to his musical partners as well as the Bach Academy Stuttgart and the Gächinger Kantorei under Helmuth Rilling. Especially close ties connect him to the Schleswig-Holstein Festival and its Artistic Director Rolf Beck. In 2011 he will be our tour to Ankara, Istanbul and Malaga with the Schleswig-Holstein Festival and Haydn’s Creation.

Benjamin Bruns sang as a boy-alto in Hannover, where he was born, in its famous boys choir. After four years of vocal training with Prof. Peter Sefcik, he completed his education at the University for Music and Theatre Hamburg, where he studied with Kammersängerin Renate Behle. In 2004, while still studying in Hamburg, he was offered a contract to join the ensemble of the Bremen theatre, where he acquired a broad repertoire of roles, before he joined the ensemble of the Cologne Opera in 2008.

He is a winner of the Hamburg Mozart Competition, the Bundeswettbewerb Gesang Berlin and the International Singing Competition at Rheinsberg Castle. As a special honor he was awarded the Kurt-Hübner-Prize of the Bremen Theatre in 2008 and, in 2009, he received the study grant for outstanding young artists awarded by the Schleswig-Holstein Music Festival. 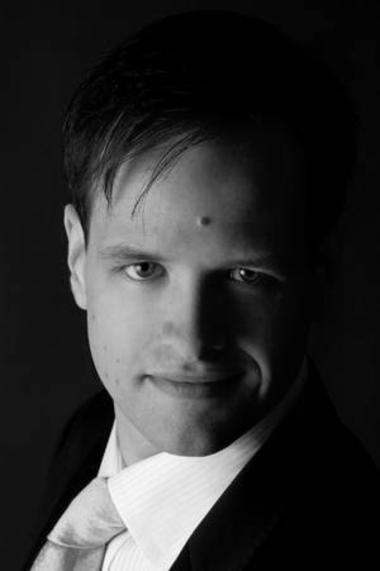