“Soprano of the century”, the “Stradivari of voices” - attributes assigned to the young artist by enthusiastic critics, colleagues and fans of Anja Harteros. The artist herself said in an interview about her approach to the roles she plays: “To express truth in music, the soul and one’s own feelings must be involved.”

It is the symbiosis of intense stage presence, perfect voice control and musical sensitivity that marks her out, both in opera performances and in lieder recitals and concerts, as a truly great artist.

Her international career began when she won the 1999 Cardiff Singer of the World competition and before long the artist was being invited to all the world’s major opera houses: the Metropolitan Opera in New York, La Scala in Milan, London’s Royal Opera House Covent Garden, the State Opera in Munich, Vienna, Berlin, Hamburg and Dresden, and the opera houses of Florence, Amsterdam, Paris, Geneva, Tokyo and many more, plus the Salzburg Festival.

Anja Harteros was chosen as Female Singer of the Year at the 2015 International Opera Awards, having received the Europa-Medaille of the Bavarian State Government in 2013. Awarded the French art critics' Orphée d'or prize for her lieder CD "Von ewiger Liebe" in 2010, she was the first recipient of the Cologne Opera Prize later that year. She was Opernwelt magazine's Female Vocalist of 2009 and in July 2007, in recognition of her outstanding artistic achievements, she was the youngest bearer to date of the honorific title of Kammersängerin in Bavaria. 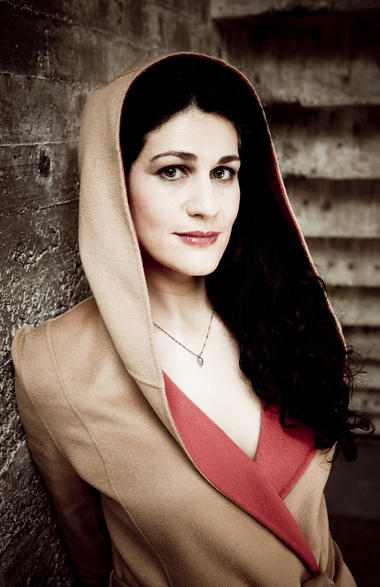