Albert Dohmen has made a long international career with the highlight of his Wozzeck at the 1997 Salzburg Easter and Summer Festival with the Berlin and Vienna Philharmonic Orchestras conducted by Claudio Abbado and directed by Peter Stein. After that he worked with famous conductors such as, Sir Georg Solti, Zubin Mehta, Giuseppe Sinopoli, Claudio Abbado, James Conlon and many others. He interpreted the important roles of his Fach (like Kurwenal, Pizarro, Amfortas, Holländer, Scarpia, Balubart, Hans Sachs) at the major international opera houses like the Bastille in Paris, Covent Garden, the Bavarian State Opera, at the opera houses of Zurich, Amsterdam, at the Liceo Barcelona, the Vienna State Opera, the opera in Los Angeles etc. He made his debut at the Metropolitan Opera New York in 2003/04 as Jochanaan / Salome.

Important opera projects of the past few years were among others his debut as Hans Sachs (Meistersinger von Nürnberg) at the Grand Théâtre Genève, productions of Die Meistersinger von Nürnberg as well as Elektra (Orest) in Barcelona, Pizarro (Fidelio) under the baton of Claudio Abbado at different Italian opera houses, in Madrid and in Baden-Baden, a new production Salome in Amsterdam and Elektra in Baden-Baden under the baton of Christian Thielemann.

Albert Dohmen is also a very successful concert singer. He has sung the entire bass repertoire from Bach to Schönberg in all important concert halls and at international festivals, for example Beethovens IX. symphony under Kurt Masur at the New York Philharmonic Orchestra, Brahm’s Requiem, also under Kurt Masur at the St. Denis Festival, Mahlers VIII. symphony under Valery Gergiev and Gurrelieder and Beethoven’s IX. symphony under James Levine, only to mention a few.
In summer 2008 he presented a Lied programme for the first time including Schubert, Brahms, Pfitzner, Strauss and Schönberg.

Further engagements include among others his debuts as Gurnemanz (Parsifal) in Geneva and as Barak (Die Frau ohne Schatten) in Florence, a production Salome in Valencia, a new production Don Giovanni (Commendatore) at the Vienna State Opera and Der Freischütz (Kaspar) in Barcelona. 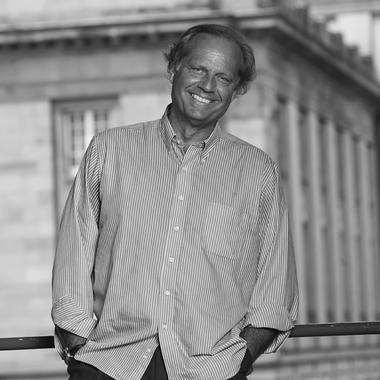