Plácido Domingo is a world-renowned, multifaceted artist. Recognized as one of the finest and most influential singing actors in the history of opera, he is also a conductor and a major force as an opera administrator in his role as Eli and Edythe Broad General Director of Los Angeles Opera.

His repertoire now encompasses 149 roles, a number unmatched by any other major singer in history, with more than 3900 career performances. His more than 100 recordings of complete operas, compilations of arias and duets, and crossover discs have earned him twelve Grammy Awards, including three Latin Grammys, and he has made more than fifty music videos and won two Emmy Awards. In addition to three feature opera films- Carmen, La Traviata and Otello - he voiced the role of Monte in Beverly Hills Chihuahua and played himself on The Simpsons, and his telecast of Tosca from the opera’s authentic settings in Rome was seen by more than one billion people in 117 countries. He subsequently took the title role in a 2010 live telecast of Rigoletto from Mantua, Italy, the city in which the opera’s story takes place. In 1990, he and his colleagues José Carreras and Luciano Pavarotti formed the Three Tenors; they subsequently performed with enormous success all over the world and attracted millions of new fans to opera.

In 1993, he founded the international voice competition Operalia, which is still held annually. He has received honorary doctorates from Oxford University and New York University for his lifelong commitment and contribution to music and the arts. He made his first stage appearances in a leading baritone role in 2009, performing the title role of Simon Boccanegra in Berlin. Since then, he has added several other Verdi baritone roles to his repertoire, with appearances in Rigoletto, I Due Foscari, La Traviata, Nabucco, Giovanna d’Arco, Il Trovatore, Macbeth , Ernani and Don Carlo. In recent seasons, he has also won acclaim in the baritone roles of Athanaël in Massenet’s Thaïs and as Puccini’s Gianni Schicchi. During the 2017-18 season,  he will perform in numerous concerts worldwide, will conduct Gounod’s Roméo et Juliette at the Met, and will sing in Thaïs in Beijing, Madrid and Peralada; La Traviata in Paris and Vienna; Macbeth in Berlin; and Les Pêcheurs de Perles at the Salzburg Festival. 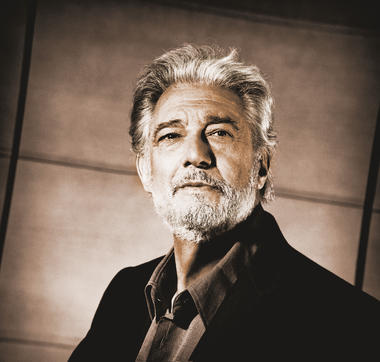