Nikolaus Habjan, born in 1987, studied musical theater directing at the University of Music and Performing Arts in Vienna. He became involved with puppet theater at the age of 15 and perfected the use of folding mouth puppets, which he uses in his productions, with Neville Tranter. His first puppet theater productions were at the Schubert Theater in Vienna, Der Herr Karl, Freaks, Schlag sie tot and F. Zawrel – erbbiologisch und sozial minderwertig, awarded the „Nestroy Prize“ in 2012.

With his productions with puppets and actors, Nikolaus Habjan has been a guest at various houses in Austria and abroad, (Albert Camus: The Misunderstanding; 2016 nominated for the Nestroy Federal State Prize; Paulus Hochgatterer: Böhm, 2018 nominated for the Nestroy Federal State Prize), at the Munich Residenztheater, at the Bavarian State Opera (Carl Maria von Weber: Oberon, Festival Prize of the Society for the Promotion of the Munich Opera Festival 2017), at the Schauspielhaus Zurich. In 2019/20 he was director in residence at Theater an der Wien, where he staged Oberon, Faust by Charles Gounod and in 2020 Salome by Richard Strauss. At Schauspielhaus Graz, he has been on stage with Neville Tranter in The Hills are Alive since November 2019.

Due to Corona, his last productions were Der Leichenverbrenner by Ladislav Fuks at the Vienna Akademietheater and Alles nicht wahr! – ein Georg Kreisler Abend mit Nikolaus Habjan und Franui in Salzburg and took place in October 2020.

Nikolaus Habjan performs with various musicians – including the music banda Franui and the pianist Ines Schüttengruber – in Austria and abroad as an actor, art whistler and singer. 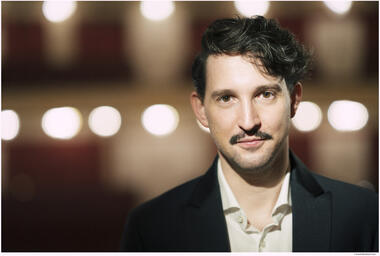