Jutta Maria Böhnert was born in Baden-Baden, Germany. She studied singing at the Musikhochschule Stuttgart with KS Prof. Sylvia Geszty. Upon her debut with the Youth Opera Company of the Stuttgart State Theatre (Junge Oper) she was invited to join the Nürnberg State Theatre, where she sang Gretel, Olympia, Susanna and Gilda. While in Nürnberg she also gave guest performances at the Deutsche Oper am Rhein Düsseldorf, the Hannover State Theatre, the Gärtnerplatz Theatre in Munich and the State Opera Berlin. She then became a member of the State Theatre in Kassel, where her roles included Pamina and again Gilda. Jutta Maria Böhnert was nominated outstanding young singer of the year by the Swiss press in 2005 for her portrayal of Gilda in Vera Nemirova's new production of Rigoletto in Lucerne.

At the Salzburger Landestheater she gave her debut as Juliette in Gounods Romeo et Juliette, at the Handel Festival in Halle she sang Ginevra in Ariodante and at the Handel Festival Göttingen she had an outstanding success as Cleofide, the female lead in Handels Poro and also as Nitocris in Belshazzar. In the production of Cosi fan tutte at the Schlosstheater in Potsdam she made her debut as Fiordiligi, also as Konstanze in Entführung aus dem Serail.

Since 2004 she has been singing at the Bayreuth Wagner Festival. Since 2009 Jutta Maria Böhnert has been regularly performing to great acclaim at the Stuttgart State Theatre, singing roles like Agilea in Handels Teseo and Celia in Mozarts Lucio Silla. Equally successful were her role debuts as Micaela (Carmen), Antonia (The Tales of Hoffmann) and Euridice (Orfeo ed Euridice), all at the Cologne Opera. There she also gave her role debut as Sophie in Der Rosenkavalier in 2010. In 2010/2011 she returned to the Stuttgart State Theatre to sing Sophie (Der Rosenkavalier); furthermore she  performed the Soprano1 in Herbert Wernickes celebrated staged production of Bachs Actus tragicus and also the Blanche in Poulencs` Dialogues des Carmélites. In the production Le Nozze di Figaro Jutta Maria Böhnert will give her debut as Countess at the Schlosstheater in Potsdam in autumn 2011. Furthermore she will sing Gilda in 2012 at the Cologne Opera and a Flower Maid in Paris at the Théâtre des Champs-Élysées conducted by Daniele Gatti.

Jutta Maria Böhnert works regularly with conductors like Pierre Boulez, Christian Thielemann, Lothar Zagrosek, Daniele Gatti, Konrad Junghänel, Adam Fischer, Claude Schnitzler, Michael Helmrath, Howard Arman, Laurence Equilbey, Helmuth Rilling, Sébastien Rouland and John Axelrod.  She is also much in demand as a concert soloist and appears regularly with the Choeur d`Accentus, the Cappella Amsterdam, the Dresdner Kreuzchor, the Rias Chamber Choir, the Windsbacher Boy`s Chorale, as well as orchestras such as the Akademie für Alte Musik Berlin, the Berlin Symphony Orchestra, the Gewandhaus Orchestra Leipzig, the Konzerthaus Orchestra Berlin, the Bamberg Symphony Orchestra Bamberg, the WDR Rundfunkorchester, the MDR Rundfunkorchester and the Orchestra of the Bayerischer Rundfunk. After an acclaimed song recital at the International Chamber Music Festival Nürnberg she has also appeared at London Wigmore Hall, the Brandenburg Musical Summer and the Schlosstheater Potsdam. 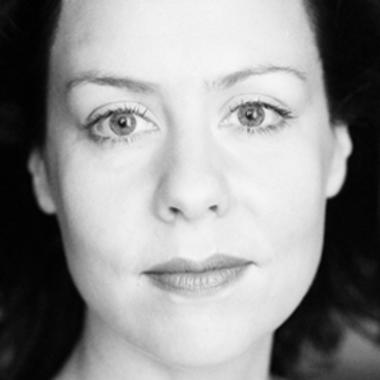