Born in Würzburg, mezzo-soprano studied with Prof. Daphne Evangelatos at the Academy of Music and Theatre Munich and the Bavarian Theatre Academy August Everding. She graduated in 2005 with honors and was then committed to the Opera Studio of the Staatstheater Nürnberg.

During her studies she sang many roles such as the Fox in Janáček's Cunning little Vixen, Helena in Offenbach's Die schöne Helena, Beatrice in Berlioz's Beatrice and Benedict and Donna Elvira in Mozart's Don Giovanni, a role which she has preformed in other several productions including Braunschweig and Nürnberg.

She sang  Siegrune in Wagner's Die Walküre at the Maggio Musicale in Florence 2011, conducted by Maestro Zubin Mehta and directed by Fura dels Baus, and had recently great success with another Wagner role, Venus in Tannhäuser, which she sang at the Theater Bremen.

From 2009 to 2012 she was a member of the Staatstheater Braunschweig Company. There she was celebrated in role such as Olga in Tchaikovsky's Eugene Onegin, Suzuki in Puccini's Madama Butterfly, Hermia in Britten's Midsummer Night's Dream, Donna Elvira in Mozart's Don Giovanni, Aksinja in Shostakovich's Lady Macbeth of Mzensk, Orlofsky in Strauss' Die Fledermaus and Bizet's Carmen . Last summer, in the Berlin’s Seefestspiele, she shined again as Carmen, under the direction of renowned director Volker Schlöndorff.

Her repertoire also includes mezzo and alto parts in oratorio and concert field. Contemporary composers as Adès, Glanert and Eggert enrich her musical work, which she preformed at the Bonn Theater, the  ADEvantgarde festival and the Munich Biennale.

Julia Rutigliano won the 1st Prize at the 25th Robert Stolz Competition in Hamburg and received the Karl Bohm prize for the best Mozart interpretation at the Ferruccio Tagliavini Competition. She is a member of the German Theatre Association and the Richard Wagner Association. 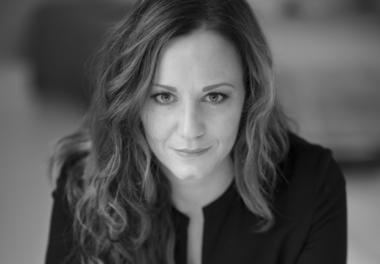