James Rutherford was born in Norwich, and read Theology at Durham University before commencing studies at the Royal College of Music and National Opera Studio in London. James has been the recipient of many scholarships and prizes, and in 2000 became a BBC New Generation Artist. In 2006, James won the inaugural Seattle Opera International Wagner Competition.

In opera he has appeared with the Welsh National Opera, Opera North and Glyndebourne Touring Opera, English National Opera, Paris Opera, the Royal Opera, the Deutsche Staatsoper, Berlin and at the Montpellier and Innsbruck Festivals. He has sung Donner (Das Rheingold) with the Royal Opera, the Lyric Opera of Chicago and with the Orchestra of the Age of Enlightenment and Sir Simon Rattle at the BBC Proms and the Baden-Baden Festival, Leporello (Don Giovanni) for Scottish Opera, Jochanaan (Salome) in Montpellier and for the Deutsche Staatsoper Berlin and Wolfram (Tannhäuser) for San Francisco Opera.

In concert he appears regularly with the major British Festivals and Orchestras with conductors including Leonard Slatkin, Sir Colin Davis, Donald Runnicles, Sir Roger Norrington, Christopher Hogwood, Sir Charles Mackerras, Sir Mark Elder, Sakari Oramo and with the Berlin Philharmonic, the Südwestrundfunk and the Royal Stockholm Philharmonic Orchestras.  A noted recitalist, he has appeared throughout the UK including numerous recitals for BBC Radio 3, and at the Wigmore Hall.

In 2009 he began a major association with the Graz Opera, singing his first Hans Sachs in a new production of Die Meistersinger von Nürnberg and next season he returns to Graz to sing Barak (Die Frau ohne Schatten) and Germont (La Traviata).

He will join the Orchestra of the Bavarian State Opera and Thomas Hengelbrock in a Wagner Gala in Abu Dhabi and his future engagements include Jochanaan in Berlin and Vienna and Hans Sachs in Hamburg  and Vienna. 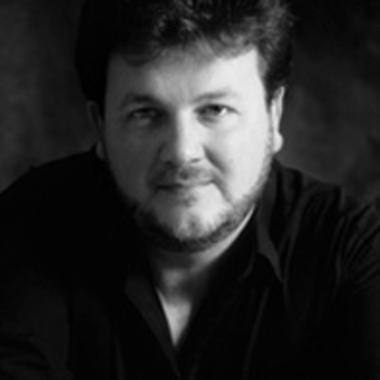