The versatile tenor Eric Laporte works as a freelance artist; he successfully switched to youthful heroic tenor in 2012. He debuted in the role of Max in "Der Freischütz" at the Theater Gießen (director: Nigel Lowery, conductor: Michael Hofstetter), where he also debuted as Erik in "The Flying Dutchman" in 2013. At the Tyrolean State Theatre Innsbruck he was able to demonstrate again with Nadir in "Les pêcheurs de perles", in 2014 as well as with his debut as Faust (Gounod) in 2015, that he has been able to maintain the high register and flexibility of his voice as a lyric tenor. There followed a tour through the Netherlands (incl. at the Concertgebouw Amsterdam) as Alfredo in "La Traviata" with the Opera Zuid, as well as a very successful guest performance as Duca in "Rigoletto" at the Pfalztheater Kaiserslautern. Eric Laporte was also engaged as Alfredo and as Cavaradossi in "Tosca" at the Mainz State Theatre in 2015. In 2015-16 the tenor could be experienced with a highly acclaimed interpretation of the role of Max in "Der Freischütz" at the Hanover State Opera, directed by Kay Voges. In addition, the Theater Ulm invited him to debut in three important roles: Calaf in "Turandot", as well as the title roles in "Lohengrin" and "Werther".

His roles in 2016-17 include, among others, Erik in “Der fliegende Holländer” at the Hanover State Opera, as well as role debuts as Des Grieux in “Manon Lescaut” and Radames in "Aida" in Ulm. In addition, Eric Laporte will be a guest as Nadir in "Les pêcheurs de perles" at the Pfalztheater Kaiserslautern, as well as giving his role debut as Idomeneo at the Theater Augsburg.

The Hanover State Opera has invited him to return in 2017-18 as both Max and Erik. In Ulm he will have guest appearances as Faust (Gounod) and Ismaele in "Nabucco".

Eric Laporte was born in Québec (Canada) and studied voice with Marie Daveluy in Montréal. He had his first experiences on stage as Nemorino in "L’elisir d’amore" at the Opera Studio of the Opéra de Montréal. He was a prizewinner at the Concours d'art vocal Joseph Rouleau and the Hans Gabor Belvedere Singing Competition 1999.

The young tenor gave his European debut in 2000 as Tamino at the Salzburg State Theatre and was then engaged for three seasons at the Linz State Theatre, where he quickly won over both audiences and critics with major roles of the lyric tenor repertoire. The tenor then switched to the Ensemble of the Bonn Opera, where he was able to successfully expand his stage experience.

Eric Laporte has been working as a freelance artist since 2006. Engagements as a lyric tenor have taken him to the following venues, among others: the German Opera on the Rhine in Düsseldorf, the Kassel and Saarbrücken State Theatres, the Cologne and Bonn Operas, the Bielefeld, Bremen and Augsburg Theatres, the Innsbruck and Salzburg State Theatres, Music Theatre in the Ruhr in Gelsenkirchen, Dutch Touring Opera, Vienna Volksoper, German National Theatre Weimar, Festival d’Art Lyrique de Lacoste (debut in France as Tamino), Opéra de Nice, Théâtre du Capitole de Toulouse, Opéra national du Rhin Strasbourg, National Scottish Opera.

Side by side with Renée Fleming, Thomas Hampson and Michel Plasson, Eric Laporte performed as Nicias in Massenet’s “Thaïs” in the Konzerthaus in Vienna (ORF broadcast). 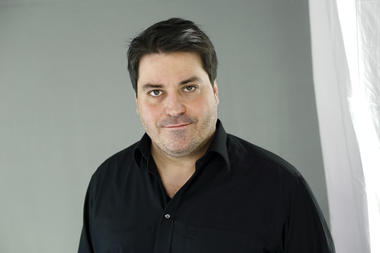