The German mezzo-soprano Claudia Mahnke studied singing at the Academy of Music "Carl Maria von Weber" in Dresden with Prof. Heidi Petzold and performed already during her studies at numerous productions at the music academy. During her studies she also debuted at Städtisches Theater Chemnitz as Hansel and became an ensemble-member in 1992 and appeared in roles such as Cherubino, Suzuki and Carmen.

During a guest performance of the State Opera Stuttgart at the Edinburgh Festival, she sang Oberto in Alcina, which has been released on DVD. In the title role of Karl Amadeus Hartmann's Simplicius Simplicissimus, she celebrated in Stuttgart and at the Munich Opera Festival 2005 a personal success - this production has been released on DVD also. In 1998 the magazine "Opera World" elected her "Young Singer of the Year" and in 2004 for the part of Simplicius she was repeatedly nominated as "Singer of the Year". In August 2006 Claudia Mahnke was appointed “Kammersängerin” of the State Opera Stuttgart.

In addition to her commitment as ensemble-member Claudia Mahnke unfolds an extensive activity and is often seen in guest performances at international opera houses. In 1998 she made her debut as Komponist (Ariadne auf Naxos) at Komische Oper Berlin. In the same role she made 2002 a very successful debut at the San Francisco Opera, followed in 2004 with the role of Dorabella (Così van tutte) in San Francisco, in 2005/2006 with Cherubino (Le Nozze di Figaro) and in June of 2007 as Zerlina (Don Giovanni). At the Opéra National de Lyon she debuted in 2001 as Dorabella, continuing in 2002 with Cherubino at the Deutsche Oper Berlin (as part of a guest performance in Korea, Seoul), in 2003 with a highly acclaimed debut as Le Prince Charmant (Cendrillon) at the State Theatre in Karlsruhe as well as with her debut as Octavian at the Aalto Theater in Essen in 2004 and at the Opera Cologne in 2010. At the Ruhr Triennale she sang Brangäne (Tristan and Isolde) in 2010. Further guest engagements have taken her to the Bavarian State Opera in Munich and to the State Opera in Berlin.

In addition to her opera engagements Claudia Mahnke develops an intense concert activity, including Bach's Mass in B minor, Penderecki's Credo and Rossini's Petite messe solennelle under Helmut Rilling, Beethoven's Missa Solemnis, Mahler's Kindertotenlieder, Mahler's 2nd Symphony and Schoenberg's Gurrelieder conducted by Lothar Zagrosek, Mahler's Lied von der Erde at the International Bach Academy in Stuttgart, Verdi's Missa da Requiem, conducted by Manfred Honeck and Nicola Luisotti, Beethoven's Mass in C major and Bruckner's Mass in F minor, unter the baton of Fabio Luisi as well as Haydn's Paukenmesse and Mendelssohn's Elijah under Yun Märkl and Helmut Rilling. In 2008 she sang Brangäne at a concert performance of the 2nd Act of Tristan und Isolde with the NHK Symphony Orchestra in Tokyo under Jiri Kout. 2011 she made her debut with Bruckner's Mass in F minor conducted by Herbert Blomstedt with the Berlin Philharmonic Orchestra. Further engagements are: Adriano (Rienzi) at the Teatro Real de Madrid (2012), Adriano (Rienzi) at the Theatre du Capitole de Toulouse (2012), Waltraute (Götterdämmerung) at the Frankfurt Opera (2012) 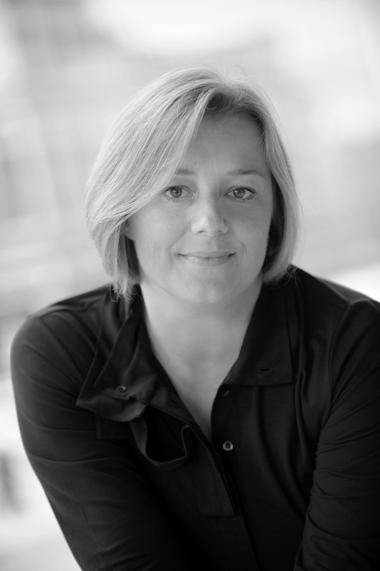