Christopher Kondek has been making video for theater and performance for twenty years. In 1990 he began creating video with The Wooster Group in New York, making the video for Brace up!, Fish Story, and Emperor Jones.  In 1995 he worked with Laurie Anderson, co-designing the video, for her multi-media concert, The Nerve Bible, and her opera, Songs and Stories from Moby Dick.

In 1999 he moved to Berlin where he has worked with numerous choreographers, theater and opera directors. In 2000 he created a 2 channel video piece for composer Michael Nyman’s The Commissar Vanishes. He also designed video for Robert Wilson in his production D.D.D. 3 which was seen at New York City Opera. In 2001 he started working with choreographer Meg Stuart on Alibi. Since then he has designed the video for Stuart’s Visitors Only, Replacement, and It’s not funny. In March 2008 he received the Opus award for video design from the Bühnentechnische Rundschau for Der Sturm, one of many productions he has done with director Stephan Pucher at the Münchner Kammerspiele. Tannhäuser will be his fourth production with Baumgarten, following Peter Grimes at the Semper Oper in 2007, Tosca at the Volksbühne in Berlin in 2008, and a new work La Fabbrica at the Hebbel am Ufer in 2010.

In 2004 Christopher Kondek began creating his own theater work. His first piece Dead Cat Bounce, where performers trade stocks live via internet in New York , was awarded the ZDF Theaterkanal-Preis at the Festival Politik im Freiem Theater in Berlin in 2005. His second production Hier ist der Apparat, a version of Brecht’s Ozeanflug opened at the Kunstenfestival in Brussels in 2006. In 2010 he created two new theater work with Christiane Kuehl entitled Übermorgen ist zweifelhaft about the end of the world for the Münchner Kammerspiele and a new “Lehrstück” about money entitled Money: It Came From Outerspace, for the Hebbel am Ufer theater in Berlin. His most recent theater work, Even the dead are not safe from the living, opened the Frankfurter Positionen Festival in January 2011.

In 2012 he was honored together with Barbara Ehnes in the category stage/costumes with the German Theatre Prize FAUST. 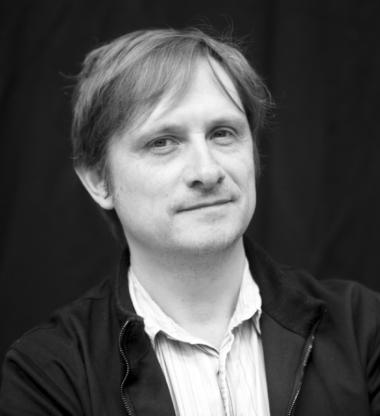