Christian Franz studied under Prof. Hanno Blaschke in Munich. His first engagements took him to Radebeul and Regensburg in 1991, when he was only 23; the roles he sang there included Max in Der Freischütz and Edgardo in Lucia di Lammermoor. In 1994 he sang his first Otello so impressively that he was engaged at Wuppertal for three years, appearing as Laca (Jenufa), Canio (I Pagliacci), Lohengrin, Parsifal, and in Henze's Il Re Cervo.

His next engagement was at Kassel, where he sang Loge, Siegmund and both Siegfrieds for the first time; and he was subsequently invited to sing these roles in Tokyo, Toronto, Cologne and at the Deutsche Oper Berlin. In Frankfurt he made a guest appearance in the role of Herodes. Giuseppe Sinopoli engaged him for concerts in Dresden and at Carnegie Hall, and he sang Das Lied von der Erde under Christoph Eschenbach. Daniel Barenboim engaged him at the Berlin State Opera in 1999 to sing Otello, Tristan, Parsifal, Siegfried and Laca.

Since 2001 Christian Franz has regularly sung all of his voice roles in Der Ring des Nibelungen at the Vienna State Opera. In 2005 he made his debut at the most prestigious festivals in the USA, including the Hollywood Bowl and the Tanglewood Festival, as a result of which James Levine engaged him for the 2009 Ring at the Metropolitan Opera, New York.

He made his debut as Tristan in 2005 at the Edinburgh Festival and at the Bavarian State Opera, followed by his debut as Loge in Rome (with Will Humburg at the conductor's desk). "He has a powerful, baritone-coloured tenor with a metallic high range […]. Above all, the 37 year old is extraordinary for his clarity of diction, his lyrical arcs and his concern for musical detail," wrote the Munich newspaper "Abendzeitung" about his Tristan debut in Munich.

In 2006 he sang Siegmund and both Siegfrieds in the Vienna Ring, Parsifal in Hamburg and Budapest, Tristan at the Bavarian State Opera in Munich and both Siegfrieds in the first Ring at Toronto's Grand Opera House. In the Italian repertoire he made his debut as Canio in Pagliacci in Tokyo. In January 2007 he sang for the first time the role of Bacchus (Ariadne auf Naxos) at the Semperoper in Dresden. In March he made his debut in the role of Florestan in Vienna and in April sang Tristan in the notable Tristan Project in Los Angeles and New York. In October 2007 he sang Tristan in Japan on tour with the Berlin State Opera under Daniel Barenboim.

He made his Bayreuth Festival debut in 2001 in the title role of Siegfried, adding the Siegfried in Götterdämmerung in 2003. He will be performing both roles at the Festival in 2009. 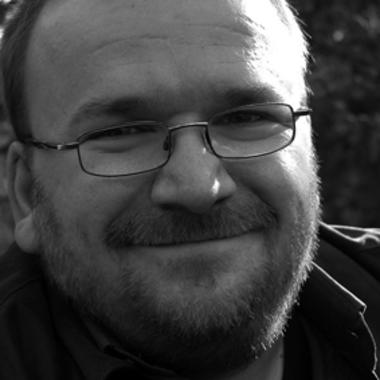