American soprano, Cheryl Studer, began very young studying piano and viola. After listening to the album La Callas à Paris, at the age of nine, she decided to become an opera singer and began voice lessons when she was twelve with Gwendolyn Pike. She graduated from Interlochen Arts Academy and continued her studies at Oberlin Conservatory of Music and at the University of Tennessee in Knoxville. Her promising talent caught the attention of Leonard Bernstein who offered her full scholarships to study at the Berkshire Music Center at Tanglewood from 1975 to 1977, where she studied with Phyllis Curtin. She debuted there in 1976 in Bach's St. Matthew Passion with the Boston Symphony Orchestra under Seiji Ozawa, who then invited her for a series of concerts with the orchestra in Boston's Symphony Hall during the 1978-79 season.

Cheryl Studer attended the Franz-Schubert-Institut in Baden bei Wien, Austria, in the summer of 1979 where she took part in courses in the art of the German Lied. There she worked with the great baritone Hans Hotter who persuaded her to continue studies with him at the Hochschule fuer Musik und darstellende Kunst in Vienna, Austria, where she received her master’s degree.

After successfully auditioning for Wolfgang Sawallisch, Cheryl Studer became a member of the ensemble of the Bavarian State Opera in 1980. Her first roles in Munich were smaller Mozart, Strauss and Wagner roles including Erste Dame, Falke, Helmwiege and Freia. She spent two years in Munich where further roles included Marenka in The Bartered Bride before joining the ensemble at the Staatstheater Darmstadt (1982-1984 / Desdemona, Tatyana, Katya Kabanova) and the Deutsche Oper in Berlin (1984-1986 / Donna Anna, Micaela, Elisabeth).

Cheryl Studer portrayed her first Violetta in 1983 at the Staatstheater Braunschweig and that same year was invited to sing Irene in Rienzi at the Bavarian State Opera Summer Festival in Munich. She made her North American debut in 1984 as Micaela (Carmen) at the Lyric Opera of Chicago. Although all these engagements proved to be great successes, Cheryl Studer first caught the world's attention in 1985 when she sang Elisabeth in Richard Wagner's Tannhaeuser at the Bayreuth Festival conducted by Giuseppe Sinopoli and directed by the composer's grandson, Wolfgang Wagner.

After her debut in 1985, Cheryl Studer continued to appear as Elisabeth and additionally as Elsa, Senta and Sieglinde at the Bayreuth Festival to the year 2000. She debuted at the Salzburg Summer Festival 1989 as Chrysothemis where she also sang Elettra (Idomeneo), Kaiserin (Die Frau ohne Schatten), Leonore (Fidelio), and her first Marschallin in Der Rosenkavalier. She also appeared as Madame Cortese (Il viaggio a Reims) at the Rossini Festival in Pesaro.

With an extraordinary repertoire of over 80 roles, Cheryl Studer continues to add new roles to her repertoire, including the Countess in Capriccio, Gertrud in Haensel und Gretel, Herodias, Adelaide (Arabella), Madame de Croissy (Dialogues des Carmelites) and Kundry, her 14th Wagner role.

As of October 2003, Cheryl Studer has a lifetime Professorship from the Bavarian State and teaches at the University of Music in Würzburg, Germany. She also is an Honorary Professor at the Central Conservatory in Beijing, China. She gives Masterclasses internationally (USA, Greece, South Korea, China, Spain, Italy, France and Germany) and is often jury member for international voice competitions, including the Concurso Internacional de Canto Julián Gayarre, ARD- Musikwettbewerb, Concours Ernst Haefliger, the Maria Callas Grand Prix and the Internationale Schubert-Wettbewerb Dortmund. In 2010 Cheryl Studer made her professional stage directing debut with the Bavarian Chamber Opera Company with Il barbiere di Siviglia from Rossini. She also directed Richard Strauss' Ariadne auf Naxos at the University for Music in Wuerzburg. 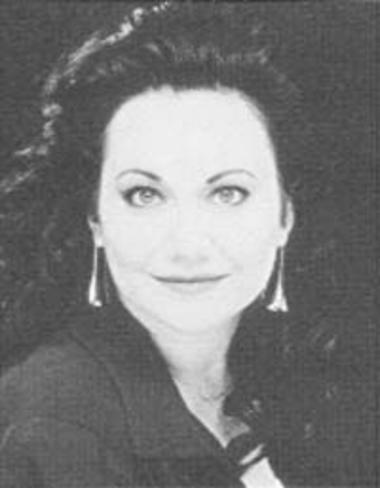