The German mezzo-soprano Carola Guber was born in Braunschweig, where she attended a course in teaching musical instruments before studying singing with Carol Richardson-Smith at the Academy of Music and Theatre in Hanover. The winner of several singing competitions, including the 1994 International Sylvia Geszty Coloratura Competition, she was a permanent member of the Lower Saxon State Opera in Hanover from 1993 to 2001, where she demonstrated her gifts in the most varied roles, including Dorabella in Così fan tutte, Rosina in Il barbiere di Siviglia, Elisabetta in Maria Stuarda, Hänsel in Hänsel und Gretel and Angelina in La Cenerentola. For this last-named interpretation, Carola Guber was nominated Best Young Singer of the Year by Opernwelt magazine. She spent the following three seasons in Krefeld/Mönchengladbach, where her roles included Carmen, Donna Elvira in Don Giovanni, Iokaste in Wolfgang Rihm's Oedipus and Charlotte in Werther.

From 2004 to 2009 she sang at the Erfurt Opera, where she has been acclaimed as Octavian in Der Rosenkavalier, the Foreign Princess in Rusalka, Donna Elvira in Don Giovanni, Kundry in Parsifal and Venus in Tannhäuser. Opera and concert engagements have taken Carola Guber to Cologne, Kassel, Leipzig, Karlsruhe, Schwerin, Wiesbaden, Nuremberg, Dortmund, Bonn, Helsinki, the Alte Oper in Frankfurt and, further afield, to Italy, France, Portugal, the Netherlands and the United States of America. Among the festivals at which she has appeared are the Ludwigsburg Castle Festival, the Menuhin Festival in Gstaad, the Rheingau Music Festival, the Göttingen Handel Festival and the Brühl Castle Festival. Since 2009 she works as a freelance singer. 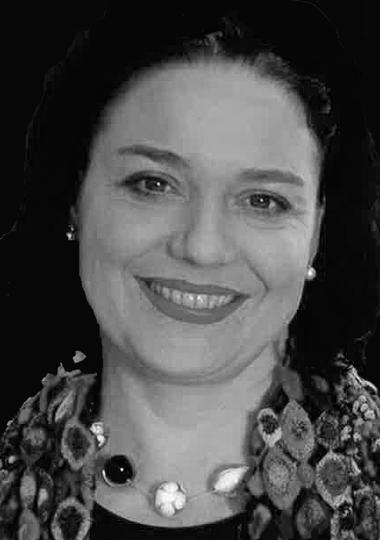