The German bass Andreas Macco was born in Stuttgart and initially studied school music at the Stuttgart Academy of Music, later studying singing at the Academies in Frankfurt and Vienna and rounding off his training with masterclasses with Nina Dorliac and Evgeny Nesterenko. He won second prize at the 1992 Hanover State Opera Singing Competition. His first engagement was with the Bremerhaven Municipal Theatre. Two years later he moved to Krefeld-Mönchengladbach and from 1994 to 1999 sang bass roles at the Hanover State Opera. Between 1999 and 2001 he was a member of Frankfurt Opera and from 2002 to 2004 of Bonn Opera. During this period he built up an extensive repertory that included Sarastro, Figaro, Leporello, Méphistophélès, Fiesco, King Philip of Spain, Gremin, Daland, Fasolt, Gurnemanz and La Roche. He has also made guest appearances with several major European houses and sung at international festivals. He made his Deutsche Oper début as Ferrando in Il trovatore in 1996 and the following year was heard as Don Pinto de Fonseca in Die drei Pintos at the Vienna Festival. That same year he also sang the First Apprentice in Wozzeck at the Salzburg Easter and Summer Festivals under the direction of Claudio Abbado. Salzburg audiences also heard him in 1998 as the First Man in Armour in Die Zauberflöte and in 1999 as Brander in La damnation de Faust. He was heard again as the First Apprentice at the Teatro del Maggio Musicale in Florence in 1998, at Zurich Opera in 1999 and at La Scala, Milan, in 2000, subsequently returning to Zurich as Fasolt in Das Rheingold. His first Italian role was King Philip in Don Carlo, which he sang in the summer of 2001. During the summer of 2004 he was again heard as Brander in La damnation de Faust, this time at the Ruhr Triennale. In the autumn of 2004 he appeared as Luther/Crespel in Les contes d'Hoffmann at La Scala.

He made his Bayreuth Festival début in 2007 as Hans Schwarz in Die Meistersinger von Nürnberg, a role he repeats at the 2008 Festival. 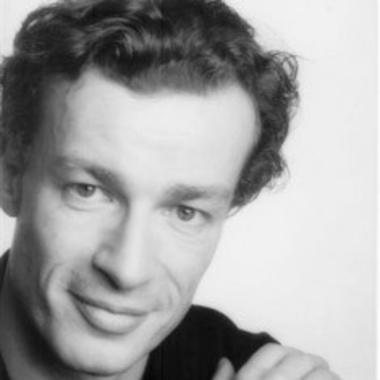