The Vienna-born baritone Adrian Eröd studied under Franz Lukasovsky and Walter Berry at the University of Music and Performing Arts in his native city. He graduated with distinction in the fields of lieder and oratorio.

His first great success on the opera stage came in 1996 with the title role in Benjamin Britten's opera Billy Budd at the Neue Oper in Vienna. For this interpretation and for his performance as Count Almaviva he was awarded the Eberhard Wächter Medal in 1998. In the following years, while working at the Linz Landestheater and the Vienna Volksoper, he added to his repertoire all the important roles for his voice category. His performance as Pelléas in Debussy's Pelléas et Melisande earned him the title of Young Artist of the Year from the magazine "Opernwelt". In summer 2000 he appeared at the KlangBogen Wien festival in the title role of Wolfgang Rihm's opera Jakob Lenz, which was judged a great success. In 2001 he made his debut at the Vienna State Opera, where he has been a member of the ensemble since the 2003/2004 season. The roles he has sung while there include Figaro, Papageno, Guglielmo, the Herald in Lohengrin, Marcello (La Boheme) and Lescaut in both Massenet's Manon and Puccini's Manon Lescaut. He has made guest appearances at the Teatro La Fenice in Venice, the Vienna Festwochen in the Mozart Year 2006 as Papageno in the Theater an der Wien, and the Aix-en-Provence festival.

Adrian Eröd is a sought-after concert singer and gives lieder recitals. He has sung under Nikolaus Harnoncourt in Bach's St Matthew Passion and in concert with the Vienna Philharmonic under Riccardo Muti.  He has worked with Sir Simon Rattle and the Berlin Philharmonic, with Fabio Luisi and Helmuth Rilling. He has been a prize-winner at several competitions, including the 15th Hans Gabor Belvedere Competition, and was a recipient of the George London scholarship.

In the 2007/2008 season he appeared in the role of Beckmesser in Die Meistersinger von Nürnberg at the Vienna State Opera under the musical direction of Christian Thielemann. "Eröd was the surprise and the sensation of the evening," a reviewer wrote. 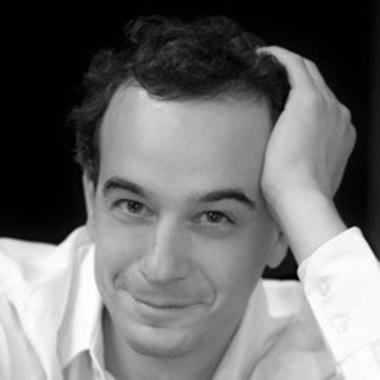